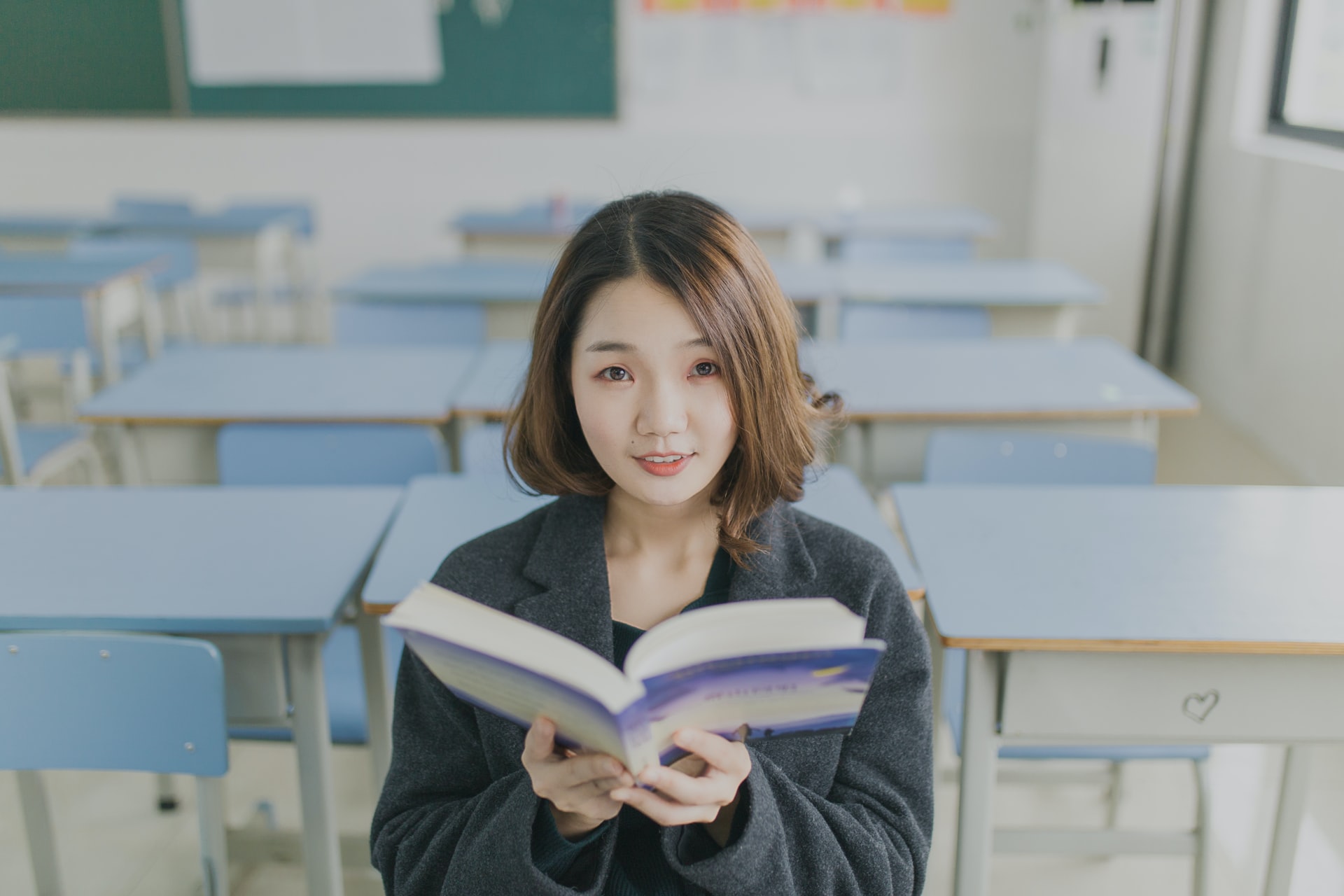 Have you a desire to study physics as a hobby or looking to avoid attending college?

Maybe you are at College and dealing with an unhelpful Lecturer.

Some don’t have time to teach you everything you need to know.

Having incomplete lectures doesn’t help you learn or be successful in pursuing a career in Physics.

So maybe you are looking to self learn Physics, and wanting to know if Physics can be self-taught

So, can Physics be self-taught?

Yes, Physics can be self-taught through books and online courses. Teaching yourself Physics is no easy task will require a conceptual understanding of physics and maths.

With hard work and persistence, there is no reason why you cannot be a self-taught Physicist.

Inventing your own problems and finding ways to solve them on your own can be very rewarding, it can also be fun.

Most self-taught students enjoy making their own experiments and research topics, seeking answers to their own problems.

Solving problems is a sure way to quickly gain confidence and improve research skills.

Teaching yourself Physics will also teach you to become a problem solver.

These skills will put you in a good position for engineering or physics research type roles.

So now we have answered the main question let’s discuss the easiest way to self learn Physics.

The easiest way to be self-learn Physics? (Solved & Explained)

To be self-taught in Physics, there is plenty of accessible material online or available at libraries.

Below are some popular books that can easily be found online and are likely to be found at your local library.

QED: the strange theory of light and matter Richard Feynman

Celebrated for his brilliantly quirky insights into the physical world, Nobel laureate Richard Feynman also possessed an extraordinary talent for explaining difficult concepts to the general public. Here Feynman provides a classic and definitive introduction to QED (namely, quantum electrodynamics), that part of quantum field theory describing the interactions of light with charged particles. Using everyday language, spatial concepts, visualizations, and his renowned “Feynman diagrams” instead of advanced mathematics, Feynman clearly and humorously communicates both the substance and spirit of QED to the layperson. A. Zee’s introduction places Feynman’s book and his seminal contribution to QED in historical context and further highlights Feynman’s uniquely appealing and illuminating style.

Learn from a Nobel Peace Prize winner in this entertaining and educational guide to physics, written for the enjoyment of curious beginners and aspiring scientists alike.

It was Richard Feynman’s outrageous and scintillating method of teaching that earned him legendary status among students and professors of physics. From 1961 to 1963, Feynman delivered a series of lectures at the California Institute of Technology that revolutionized the teaching of physics around the world. Six Easy Pieces, taken from these famous Lectures on Physics, represent the most accessible material from the series. In these classic lessons, Feynman introduces the general reader to the following topics: atoms, basic physics, energy, gravitation, quantum mechanics, and the relationship of physics to other topics. With his dazzling and inimitable wit, Feynman presents each discussion with a minimum of jargon. Filled with wonderful examples and clever illustrations, Six Easy Pieces is the ideal introduction to the fundamentals of physics by one of the most admired and accessible physicists of modern times.

We Need to Talk About Kelvin by Marcus Chown

Marcus Chown, author of Quantum Theory Cannot Hurt You, What a Wonderful World and The Solar System, takes familiar features of the world we know and shows how they can be used to explain profound truths about the ultimate nature of reality. His new book will change the way you see the universe: with Chown as your guide, cutting-edge science is made clear and meaningful by a falling leaf, or a rose, or a starry night sky…

We Need To Talk About Kelvin: What Everyday Things Tell Us About The Universe is a hugely accessible exploration of quantum theory, relativity, cosmology, biology and chemistry. Taking our everyday experiences, Marcus Chown quickly and painlessly explains the ultimate truths of reality.

Horrible Science is a similar series of books to Horrible Histories, written by Nick Arnold, illustrated by Tony de Saulles and published in the UK and India by Scholastic. They are designed to get children interested in science by concentrating on the trivial, unusual, gory, or unpleasant.

“The whole thing was basically an experiment,” Richard Feynman said late in his career, looking back on the origins of his lectures. The experiment turned out to be hugely successful, spawning a book that has remained a definitive introduction to physics for decades. Ranging from the most basic principles of Newtonian physics through such formidable theories as general relativity and quantum mechanics, Feynman’s lectures stand as a monument of clear exposition and deep insight. Now, we are reintroducing the printed books to the trade, fully corrected, for the first time, and in collaboration with Caltech. Timeless and collectible, the lectures are essential reading, not just for students of physics but for anyone seeking an introduction to the field from the inimitable Feynman.

An Introduction to Modern Astrophysics Carroll

An Introduction to Modern Astrophysics is a comprehensive, well-organized and engaging text covering every major area of modern astrophysics, from the solar system and stellar astronomy to galactic and extragalactic astrophysics, and cosmology. Designed to provide students with a working knowledge of modern astrophysics, this textbook is suitable for astronomy and physics majors who have had a first-year introductory physics course with calculus. Featuring a summary of the main scientific discoveries that have led to our current understanding of the universe; worked examples to facilitate the understanding of the concepts presented in the book; end-of-chapter problems to practice the skills acquired; and computational exercises to numerically model astronomical systems, the second edition of An Introduction to Modern Astrophysics is the go-to textbook for learning the core astrophysics curriculum as well as the many advances in the field.

“The whole thing was basically an experiment,” Richard Feynman said late in his career, looking back on the origins of his lectures. The experiment turned out to be hugely successful, spawning a book that has remained a definitive introduction to physics for decades. Ranging from the most basic principles of Newtonian physics through such formidable theories as general relativity and quantum mechanics, Feynman’s lectures stand as a monument of clear exposition and deep insight. Now, we are reintroducing the printed books to the trade, fully corrected, for the first time, and in collaboration with Caltech. Timeless and collectible, the lectures are essential reading, not just for students of physics but for anyone seeking an introduction to the field from the inimitable Feynman.

This book first teaches learners how to “do” quantum mechanics, and then provides them with a more insightful discussion of what it “means.” Fundamental principles are covered, the quantum theory presented, and special techniques developed for attacking realistic problems. The book s two-part coverage organizes topics under basic theory and assembles an arsenal of approximation schemes with illustrative applications. For physicists and engineers. ”

Since the publication of the first edition over 50 years ago, Introduction to Solid State Physics has been the standard solid-state physics text for physics majors.  The author’s goal from the beginning has been to write a book that is accessible to undergraduates and consistently teachable.  The emphasis in the book has always been on physics rather than formal mathematics.  With each new edition, the author has attempted to add important new developments in the field without sacrificing the book’s accessibility and teachability.

The third edition of the defining text for the graduate-level course in Electricity and Magnetism has finally arrived! It has been 37 years since the first edition and 24 since the second. The new edition addresses the changes in emphasis and applications that have occurred in the field, without any significant increase in length.

Quantum gravity poses the problem of merging quantum mechanics and general relativity, the two great conceptual revolutions in the physics of the twentieth century. The loop and spinfoam approach, presented in this book, is one of the leading research programs in the field. The first part of the book discusses the reformulation of the basis of classical and quantum Hamiltonian physics required by general relativity. The second part covers the basic technical research directions. Appendices include a detailed history of the subject of quantum gravity, hard-to-find mathematical material, and a discussion of some philosophical issues raised by the subject. This fascinating text is ideal for graduate students entering the field, as well as researchers already working in quantum gravity. It will also appeal to philosophers and other scholars interested in space and time.

Yes, you can teach yourself Physics, you may struggle but the hard work and persistence should pay off.

It has never been an easy time to self learn Physics with affordable, free and accessible material

Most self-taught students enjoy making their own experiments and research topics, seeking answers to their own problems.